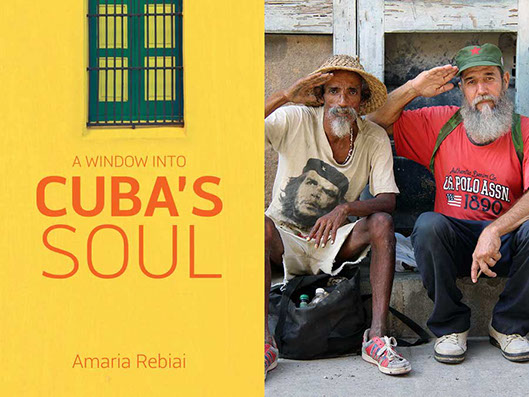 Since the historic joint announcement by U.S. President Barack Obama and Cuban President Raúl Castro on December 17, 2014 initiating a renewal of diplomatic relations between the two countries, after half a century of Cold War era strife, the world's attention has increasingly been focused on Cuba's people, immediate future and history.

In this book, A Window Into Cuba's Soul, Amaria Rebiai takes her readers through an uncommonly personal journey into the lives of fifteen Cuban people as they navigate this impending momentous shift in their nation's history. Recounted through captivating photography and eye-opening stories, the poignancy of this photojournalistic work is enhanced by the fact that each of these fifteen individuals are connected in some way.

They are family members, long-time friends, and close neighbors. The stories of their lives reveal the true history and current realities of Cuba in an incredibly intimate way. Ofelia, for instance, recalls an episode when the revolutionary figure Che Guevara came into her family's home in Santa Clara after being wounded in battle to seek treatment.

Born and raised in France, Amaria Rebiai has been traveling to Cuba since early 2005. Ever since her first visit to the Caribbean island, she has sojourned with the family of a Cuban friend she met while working in Ireland, prior to immigrating to Canada in 2004.

Over the years, she continued to regularly visit this same family, their acquaintances and her new friends in San Miguel del Padrón, a suburb of Havana. She feels extremely lucky to have had the opportunity to discover Cuba through the eyes, heart and soul of the local population. 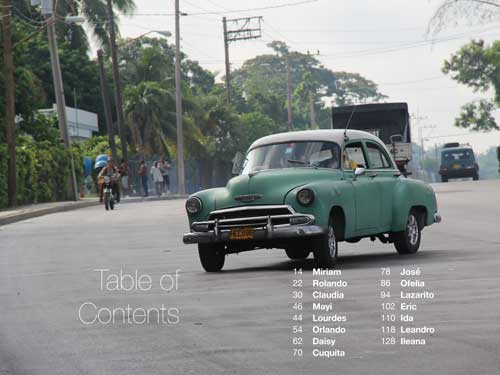 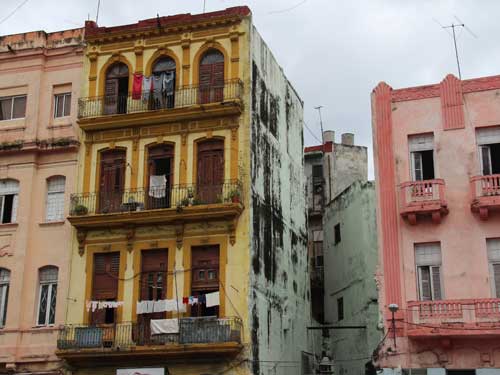 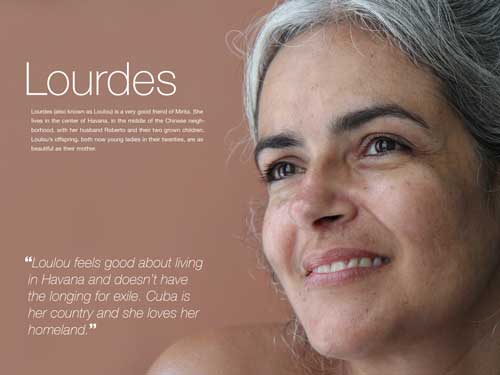 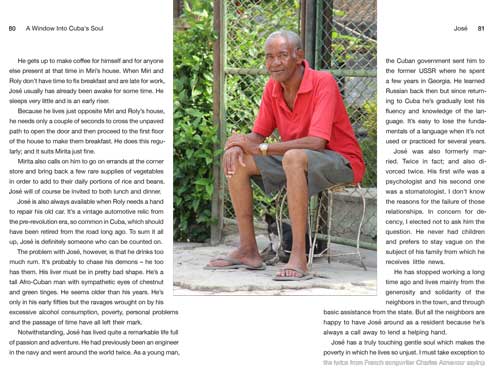